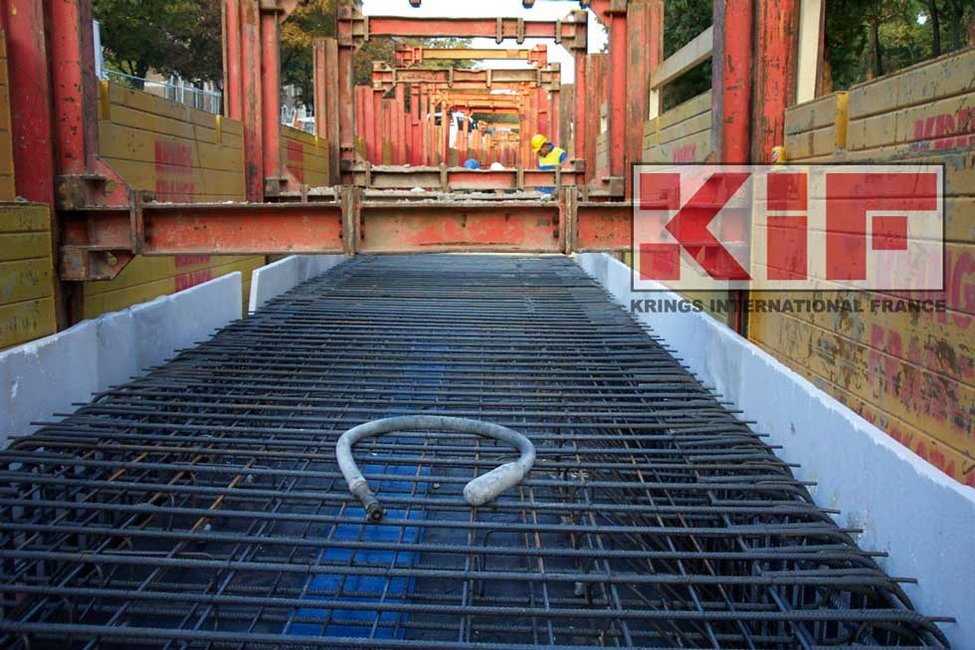 In 2006, the first line of the Paris tram will run on the boulevards of the Maréchaux who will be reconfigured almost 8 km. Bridge Garigliano to Porte d'Ivry .
We have forgotten the days when trams circulated in Paris. However, it is not uncommon to see even on the floor traces of old rails. The nineteenth century was industrious and believed in progress. And then were electric trams. Then oil appeared ... today the virtues of the tram being rediscovered. The project to reintroduce the capital was initiated by Jean Tiberi and pursued by Bertrand Delanoë especially the idea suits the Greens. This raised the question of where we were going to be able to circulate. Two options were possible: either use the old railway line where the inner ring occupy a portion of the road boulevards Maréchaux. This is the second has been selected. The idea of the municipality was: redistributing more equitably the existing road between the different modes of transport, limiting the influence of the automobile, while reviving the famous boulevards, poor parents of the capital. Technically, it is a tram rail was preferred. It will be large vehicles 45 m long, 2.65 m wide up to 300 people. This first section of 8 km long and 40 m wide will have 17 stations connected to the bus and metro networks. The question of what portion of the roadway would be located the famous tram was decided: in the middle, separating the two lanes for cars and maintaining bicycle paths. Cost of operation: 30 million euros.